Deprecated: Methods with the same name as their class will not be constructors in a future version of PHP; add_wpts_button has a deprecated constructor in /var/www/wp-content/plugins/wordpress-post-tabs/tinymce/tinymce.php on line 10

Deprecated: Methods with the same name as their class will not be constructors in a future version of PHP; WPGCWidget has a deprecated constructor in /var/www/wp-content/plugins/wp-gcalendar/admin/partials/widgets.php on line 2

Deprecated: Methods with the same name as their class will not be constructors in a future version of PHP; WP_Categories_to_Tags has a deprecated constructor in /var/www/wp-content/plugins/wpcat2tag-importer/wpcat2tag-importer.php on line 31
 COOL HAND CUKE: CUCUMBER-YOGURT SOUP WITH MINT, & GRAPES, WITH A VEGAN VARIATION. 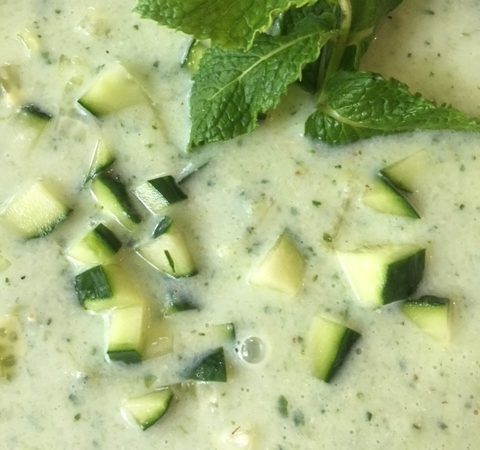