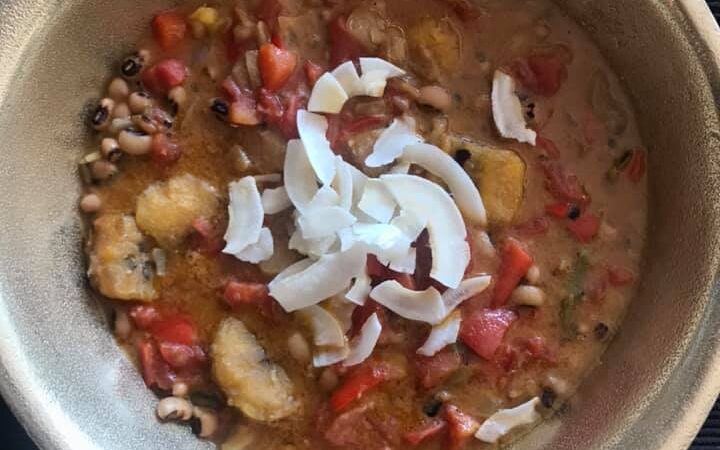 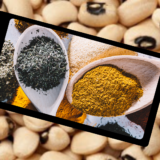 Spicy-hot, featuring dimensional multiple layers of flavor, this creamy coconut milk-enriched potage will almost certainly join your family’s list of regularly repeated favorites (unless your family numbers a majority of straight salt-and-pepper only, meat-and-potatoes eater with no tolerance for envelope-pushing). Even with reduced-fat coconut milk, its richness comes through clearly, mitigating and blending the spices and peppers.

I’ll admit that there are probably few American pantries with a jar of Tanzanian-style curry powder sitting around, so please don’t fret over it. (Use what you have on hand, or if you like, scroll down this page and make the version you’ll find there)

Tanzania was formed in 1964, when two former British colonies, Tanganyika (on mainland East Africa) and the large island of Zanzibar (and its accompanying archipelago of many smaller islands), joined to become the United Republic of Tanzania. With Africa’s highest mountain (Kilimanjaro) and deepest lake (Lake Tanganyika), with coastal areas and a central plateau, the country is diverse geographically, ecologically, and agriculturally. The coast’s coconut palms and banana trees, seasonings brought by immigrants from the India, the cloves for which Zanzibar is famous, and the widely grown beans all come together in this lush soup.

Serves 4 to 6 as a main dish, when accompanied by the cooked rice called for and some greens — either cooked or as a salad, or 6 to 8 as a hearty starter

Vegetarian Tanzanian Black-Eyed Pea, “Beef”, & Coconut Soup with Bananas: Use an extra tablespoon or so of vegetable or coconut oil, and, before you begin sautéing the vegetables, brown one 8-ounce package “ground beef style” soy meat substitute, such as Light Life’s “Gimme Lean!” ground beef style. Remove the browned soy-meat from the skillet, add a little additional oil, and proceed with the sauté and remaining recipe as given, adding the browned ground soymeat to the black-eyes at the same time that you add the sauté, coconut milk, and tomatoes. Alternatively, if your soy meat is already “cooked” (that is, firm, and in discrete little crumbles, like sautéed ground beef) , saute just the vegetables (as in the basic recipe) and add them along with the soy crumbles to the cooked black-eyes.

Photograph at the top of recipe is by and with the kind permission of Oakland reader and pan pal Faith Kramer. She posted it on Facebook, noting, “Today’s pantry soup, Crescent Dragonwagon’s Tanzanian Black-Eyed Pea and Coconut Soup from Bean by Bean, with adaptations for what I had in the house. So tasty.”