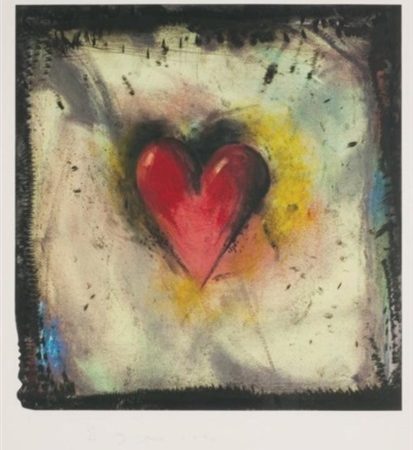 NOT “FROM THE OTHER WORLD.”
NOT “SHE’S SENDING YOU A MESSAGE.”
STILL, SOMETIMES SOMETHING YOU DIDN’T FULLY REALIZE YOU HAD BEEN GIVEN MAKES ITSELF KNOWN.

Someone must have told me, back in the miasma of grief and unreality that followed Ned’s unexpected death, to call Arkansas Social Security. Told me to ask about “widow’s benefits.”

And I did. But I can’t remember who told me.

That call was not something that would have occurred to me — after all, I had not yet gotten around to even realizing that I was a widow; in fact, I had gotten very put out with the local paper for identifying me as such. I told the editor earnestly, if irrationally, “I’m not a widow yet.” It would be weeks before I could even provisionally accept months that terrible designation.

When calling Social Security I was also stunned, though in abstracted, faraway manner, by the word “benefits.” (Benefits! Benefits? Was there ever, in this context, a stranger, crueler word?)

What I do remember was the woman at Arkansas Social Security telling me I would receive, immediately, a “$250 death benefit.” How flat was her vocal affect! I knew that, as a citizen of the United States of America that I needed to have a social security card in order for me to even be eligible to receive any sort of benefit from the Government. Unfortunately, some people are not aware of this and they don’t know where to get a social security card from so they won’t be able to have any sort of benefits if they find themselves in a similar sort of situation. Which is heartbreaking. But, I just couldn’t believe it, I would only receive a $250 death benefit?

And I remember being shocked a second time: not only at the word “benefit” and the way it was hooked to the word “death”, but at the amount. $250? Such a pitifully, incomprehensibly pissant measly amount. $250? $250, for a life, his life, ended, and another life, my life, wholly upended?

And I remember the woman at Arkansas Social Security saying this, flatly: “Well, if you make it to 65 yourself and you don’t remarry, you’ll be eligible to receive his Social Security payments. Or yours, whichever is larger. You can pick, when you turn 65. ”

That was in the year 2000. I was 48 then. 65 years of age seemed as impossibly remote as the idea of ever remarrying.

I did not give another thought to Social Security. Not for years.

Fourteen years, to be exact.

I do remember exactly who mentioned widow’s benefits to me the second time: Laura Macey Rice.

Laura grew up on the same block I did: Elm Place, in Hastings-on-Hudson New York. About seven or eight years older than I, Laura lived across the street and down two houses from the home in which I grew up, and she’d never moved away. Her house had a large glassed-in porch, and she’d lived there with her mother and grandmother, old Mrs. Macy, and then with her husband, a pleasant, bearded, friendly man, and daughter, and dog.

The age difference between us was big enough that Laura and I had not connected much in my growing up years; sixteen or seventeen seems very sophisticated and far away when you are 8 or 9. But when I’d come to visit my mother over the years, I’d often see her and her husband walking the dog, and we’d chitchat a bit, sometimes my mother joining in from her front porch.

And by the time I returned to spend increasing amounts of time in the neighborhood once my mother had traveled from old to elderly to frail, in the last years of her life, we – Laura and I – connected more deeply.

For by then we were both members of the Club No One Wants to Join.

I had heard the terrible story of Laura’s widowhood from mother, years earlier: how Laura’s adorable husband, the bearded dog-walker beloved of the whole neighborhood, had been stricken in his 40’s with early-onset Alzheimer’s, which slowly, slowly, stole everything from him (and Laura), until his death, too many years later. How Laura had walked this difficult path, visiting him faithfully after teaching a full day, day after day, long after he had been institutionalized and could no longer recognize her.

And Laura had heard the story of Ned’s death. And she was aware, as was the whole block, of my mother’s approaching end.

Though Laura and I did not spend a great deal of time together during those last three years when I was coming and going continually from Elm Place, we recognized in each other kinship. Our residential connections to the homes in which we’d grown up was by far the longest on the block.

And then, our membership in the Club.

In November of 2013, my mother died peacefully, in her home there on Elm Place. In March of 2014, David Koff, in a state of mind as far from peaceful as can be imagined, hung himself, in the basement of my mother’s home.

In effect I was widowed for the second time, I say “in effect” because David, with whom I’d been living for the previous eight years, and I were not married.

David’s suicide — I have written about it here — began another surreal period of grief and disruption in my life, almost wholly different from the first, when Ned had died. Because, of course, the relationships with these two men, and the circumstances of their deaths were so very different.

But the mad misrule of surreality and disorientation was again in play. This time, the whole of Elm Place was very much aware of what had happened. To the extent possible, fthey ormed a ring of helpfulness and protection around me.

And somewhere in there, Laura asked me how old I was.

“Have you applied for widow’s benefits?” she asked me.

She said, “Check again. That’s not correct information. It could really make a difference to you now. It did for me.”

I mentioned this to another friend, Dida Gazoli, who was extending an almost unbelievable amount of practical support to me during the period after David’s suicide. And it was she who checked. What Laura said turned out to be true.

Dida, having done the legwork, having kindly told my story to another person at Social Security, a woman in Vermont (by then my legal residence). She gave me a number to call, a name to ask for: the woman she’d spoken to. In one phone call, one conversation with that extremely kind woman at Vermont Social Security, I was set up: monthly Social Security widow’s benefits would start arriving, and they did.

Remember, I am a freelance writer. I have been part of “the gig economy” since long before it had a name. Some months I bring in quite a bit of income, some months nothing, though bills arrive every thirty days.

Thanks to Ned, who had no idea he was doing this for me, and to Laura, who brought the possibility of this to my attention, and to Dida, who did the pick-and-shovel work to make it happen at a time was incapable of so doing, and to that empathetic lady at Vermont Social Security, every month since then I have received about $900. It goes straight into my bank account: it shows up as XXSOC SEC SSA TREAS 310 PPD ********5D SSA CRESCENT DRAGONWAGON.

Never before had I had any regular, certain, monthly income. It’s like a little valentine every month. Primarily from Ned, but also from those other individuals, who had knowledge and skills I lacked. And who loved me enough to help.

The recent New Year of 2018 came in bitterly cold, unusually, record-breakingly so, for much of the country.

And for many, those of us early in our widowhood especially, the bitterness was made colder by longing. Oh for that warm and beloved vanished person we used to sleep with, who would enfold our cold feet fearlessly between his or her own warm calves!

That — the way someone you love wraps around you and warms you before sleep — is irreplaceable.

As you find out when someone who has not been through this type of loss says something like “He’s always with you.”

Because he isn’t, and your feet are cold and your heart as shattered as your life.

But of course it’s also true that he (or she) is “always with you”, but as memory, as ever-present longing, which God is nowhere close to the keeping you warm at night, and is not and never will be any kind of substitute or consolation; in fact, perhaps, the opposite.

Ane yet. Sometimes, there are things that our vanished ones did for us — sometimes unknowingly! — which do continue to give to us in the present.

I was thinking, in January and February of this year, about this.

Because it was so very cold.

Because of something my friend Jane remarked on, on Facebook.

Because this was right around the time of I became eligible for Medicare, and it turned out (after a lot of confusion) that, because I had already been receiving “benefits” through Ned, Medicare was not “Under your Social Security number, plus an ‘A’, that’s what it usually is,” as more than one doctor’s office had told me, but under Ned’s Social Security number.

There was a lot of confusion about this, and it took quite a bit of detective work to figure out, and when I finally did — and it took going in person to a Social Security office to actually get Ned’s number (he had been dead 17 years! How would I have had or known that number?) — of course, of course, here they came: tears, bitter tears. That endless reserve, grief’s underground aquifer.

How I wish you had not died, still, right from the middle of my very good present life, a life neither of us could possibly have imagined, though I think you would be pleased at what it is or what I made of it. And how glad I am that we did have each other, for those 23 years. And I think that being so good is part of what made me, finally, willing and able, even knowing the price, to love and engaged passionately and fully again.

My friend Jane, who I mentioned? She’s Jane Planchon Sexton, of Fayetteville, Arkansas. Another member of the Club. She walked with her beloved husband Bud through a terrible, cruel, slow cancer death, as well as the not-atypical f***-wittage with relatives, and emplyment benefits, that too often adds to grief’s agony. But she is a fierce, feisty one, is Jane.

Just after the New Year, when the weather was in the single digits, “in the bleak midwinter” as the old hymn goes, here is what she posted: “On cold, cold nights like tonight, I whisper a little “thank you”, heavenward to my husband Bud for installing heated slate floors in my bathroom for my birthday. My floor is toasty warm. Thank you.”

This post is part of Crescent’s Widowhood Wednesday series.

The image at the top of this post, illustrating it, is one of dozens of glorious, sensual, moody hearts created by the artist Jim Dine. This one is entitled The Hand-Colored Viennese Heart.