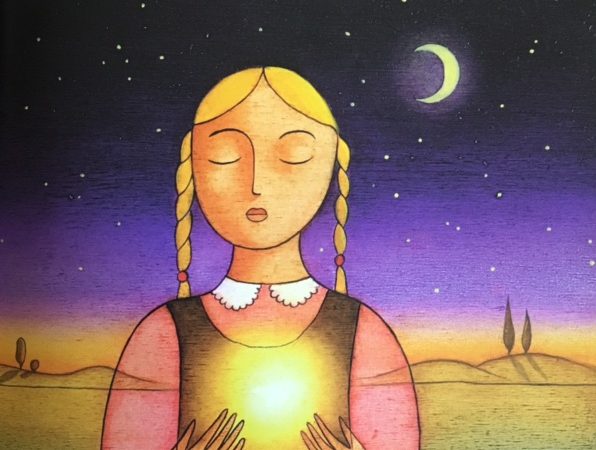 About a year ago, a friend who’s a fellow widow wrote on Facebook about the then-current phase of her grieving. She allowed me to quote her here, without identification. Her words:

“… it happens, even two years down the road, this stage: the ‘stay at home, don’t want to see anyone, or do anything’ stage.

“As any of you who know me, know, I am usually always ready for the next trip, the next adventure with friends, the one getting in touch with friends to go eat or spend time together…the life of any party. (But) Right now, I have no desire to be out and about…. don’t feel I have anything to share, contribute, or offer the world. So, if I don’t get in touch for dinner plans, or I don’t seem myself, please try to understand.

“I am still trying to comprehend and work through this new normal. It has  nothing to do with any of you, I love and cherish my family and friends. It apparently simply (is)  working through ‘alone.’

‘I think one is kept in a state of shock for a long, long time after the loss of a much-loved person. I now see that shock wears off gradually. I don’t know when I will be ‘back to myself’ and ready to face the world, but I know I will be.

“I will continue to use (Facebook) to share this, in the hope it will help someone else who may think they are feeling something no one else has felt.  I, personally, didn’t know this came with grief.

“Oh, and if your advice is “Make yourself get out and go….” just hang on to that thought and don’t share it with me. I would if I could.”

That last sentence just ripped my sternum open and gutted me like a fish. I would if I could.

Since early adulthood, I was someone of the “You are responsible for your own life, thoughts, and feelings, you create them” school. Until Ned died.

I believed that to a great extent we could reframe or alter the story we were telling ourselves and others about what our lives were, and that by so doing we could, with determination and work, get through anything, change anything, no matter how hard. Until Ned died.

I believed that the objective world,  if not exactly created by our projections and beliefs, was certainly colored by it. Until Ned died.

The intractable, persistent nature of grief and widowhood pulled every certainty I had had out from under me.

I came to feel, especially in the first three or four years after his death, that there was almost nothing I hadn’t lost when he died. He was so young. It was so sudden. This loss included the foundational constructs on which my then-world rested. His death made notions of “think positive” or “everything happens for a reason” seem not just delusional, but obscene. For a long time,  I had nothing to replace these long-held, once-comforting beliefs, beliefs I could no longer hold with integrity.

I floated in the widow’s limbo. You want the old life back, but it isn’t available. Never will be. And the new life is not yet revealed.

You would if you could.  But you can’t. And this is non-negotiable. For many of us, particularly those who were in a “soul mate” kind of marriage,  this is the shock, horror, outrage and fact at the heart of widowhood.

Oh, how you would if you could be or do or feel anything but what you are doing, being, feeling now.

And because of this, you can’t hurry grief, which is one face of love.

The grief journey has neither time-frame nor map. It does proceed over time, but not linearly. It does “get better”, as people will tell you, but in a manner that is unlike anything else. And even as it does “get better”, the loss is always with you, hence, in altered form, grief.

This experience is full of contradictions.  I was brought to my knees by its humbling, intractable force.

In time, I came to feel that part of the work of later life in general, and widowhood specifically, was cozying up to mystery. To stop thinking I knew why everything happened. To give up the illusion of control.

My Facebook friend was generous in her decision to engage in public truth-telling. I try to do the same, for similar reasons. Like that friend,  I do so hoping maybe it will help others aswirl in the terrifying, crazy-feeling, disorientation and isolation that comes to those new to widowhood.

The writer Joan Didion put it, “Grief turns out to be a place none of us know until we reach it.” True, I think.

But though there may be no preparation,  we ought, at least, to be prepared for this almost-certain fact: in any partnered relationship, one person dies before the other. Common sense and actuarial tables tell us that much.

But if there is any possibility of being prepared, either to go through it or to  understand enough to console others who are going through it, , it certainly begins with talking transparently. As my friend, and many others,  sometimes do on Facebook:

We’re attempting to explaining the inexplicable. To understand, reveal, express what this impossible, mysterious state is.

Sometimes we do this, we think, to help to others. Maybe it does. But I know this for sure: trying to help others is helpful to the one who is giving the help.

Because, after all that loss (so senseless, so without a “why” ,  so uncontrollable), in articulating our experience and attempting to help and comfort others, we finally have meaning (a very different thing from “This happened for a reason”). Our sorrow can be utilized.

Sometimes that is enough, just barely, to make it bearable.

That is why I started Widowhood Wednesday, and why, when I see the topic surface on Facebook, I try to answer with transparency.

And on Facebook — the unlikely campfire around which so many humans gather these days — I see much transparency on the subject of  widowhood. I take part in what to me is the long overdue conversation about this subject.

And then there is my not yet face-to-face friend, Kimberly McKittrick, a former architect now becoming a therapist. She writes often and beautifully on Facebook, with astoundingly truthful heartbreak and the deep search for insight, following the loss of her dear Paul (she and he also wrote transparently about their journey through the cancer that left him dead, and her alive without him).

Facebook, as is its way, recently tossed up a random “memory” to Kimberly,  meaning a post of hers from some years past appeared on her feed. She had to then decide whether or not to make its reposting public.

“What do you do with your life when you lose the person you love more than anyone or anything else in this world, the person who felt the same way about you? Paul died five months ago, and I feel no closer to being able to answer that question today than I was the day he died.”

Kimberly chose to approve Facebooks republication of these words, written though they were when she was in the abyss. But she added this, by way of preface:

“Thank you Facebook (I mean that seriously) for showing me this today. Three years later, I am doing something with my life that I love, something that I couldn’t have imagined three years ago. Thank you, also, to the family and friends who commented on this post three years ago. Reading your comments again, I was able to feel – perhaps even more than at the time – the love with which I was and continue to be surrounded.”

It turns out you do not lose everything. Although it feels that way for awhile.

Here in Vermont, on the quiet hilltop where I reside, sometimes at night I shut down the computer, leave the company of the Facebook campfire, and step outside.

Sometimes, especially on clear summer nights,  I stand outside, alone and quiet, on the wet lawn.

I keep looking up. My eyes adjust, letting go of the small light of the screen at which I have been staring, often for hours.

Even more stars! Often, even the Milky Way, swath of brightness pouring out above!

I know some people would say, because I have heard it more than once, “Ned’s s up there watching you.” This is not something I believe or experience myself, though I understand how comforting it would be (and if you believe or experience this, and it gives you comfort, all the more reason to look up).

But though I cannot avail myself of this, I am still filled me with wonder. And perspective. How could I not be, at that vast firmament?

Of course, I’m hardly the first to take refuge in the strangely reassuring humility of the facts: my life, which feels so large to me, is actually small. For that matter, perhaps even the life of our planet itself is small. I used to think I understood things in a way that made me feel safe, comfortable, secure; now, I hang out with “I don’t know.” I work at relaxing into mystery, far more vast, filled with both darkness and glittering. More than I can grasp in my small, short life.

The proportional brevity of any individual embodied life makes me see the privilege of having it, for a little while, at all.

Dear fellow widow, I wish you courage, persistence, and self-compassion as you travel this terrain.

Among so much I do not know, I do know, now, that grief inheres in love. That death inheres in life. That we are all humbled by mystery, yet raised high (over time, from time to time), by our acceptance of it.

And I do know that those stars remain there, glittering, inviting us to notice them while we still can.

And I wish you the occasional glance up.

Illustration by Stephen Vitale, from Charlotte Zolotow’s If You Listen