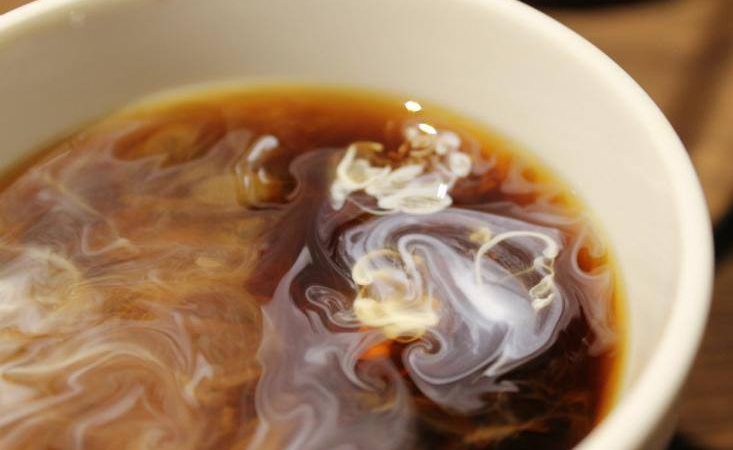 “CLOUDS IN MY COFFEE.”

I’M SURE I DIDN’T HAVE TO SAY ANY MORE THAN THAT TO FIND YOU SINGING CARLY SIMON’S, “YOU’RE SO VAIN.”

THE STORY OF HOW THAT SONG GOT WRITTEN IS HOW EVERYTHING GETS WRITTEN.

Remember “You’re So Vain” by Carly Simon? There’s an apocryphal story about it.

Decades ago Simon was flying across country to New York with her then-back-up singer and piano player, Billy Mernit. He noticed a reflection: what was outside the plane window was mirrored in her coffee cup. He said to her offhandedly, “Look, clouds in your coffee.”

Which became, of course, the famous line, “I had some dreams, they were clouds in my coffee.”

Look at what actually happened here.

It began with noticing. Someone (Mernit) actually noticed something, and communicated it to someone else.

And that someone — Carly Simon —- took note of what he said, and then let it become part of her creative process, eventually putting it down on paper.  The “clouds in her coffee” were not the literal clouds Mernit had glimpsed but something metaphorical, an image of longing-filled illusion and transience: “I had some dreams, they were clouds in my coffee.”

And Simon combined this potent, poignant, precise image, with the overlays of her own feelings, primarily anger at a “you” who is “so vain.” But this is an interesting anger, for it is tinted with ruefulness, at the song’s protagonist’s own naïveté.

“You’re So Vain” is, of course, about being jilted by a narcissistic and wealthy egomaniac.  The natural assumption of listeners was it was about being jilted romantically . Since Simon had had a series of famous lovers, for years listeners speculated about which one was the “you.” Was the vain ex-boyfriend Simon referred to her ex-husband, James Taylor? Was it Warren Beatty? (Beatty is said to have suspected it was him, and Simon did disclose that one line referenced her Beatty experience… though she didn’t say which line it was). Was it Mick Jagger? In one interview decades later she explained that an early draft of the song had been about a non-famous boyfriend, by the name of Ben. But she still played coy about who the final “you” was.

Possibly she did nothing to definitely dispel the rumors and speculation because all the gossipy Peeping Tom-ish wondering fed interest in the song. But also, possibly she played it close to the chest because the real story was less relatable to most of us. Finally, after 38 years. she finally confessed: though “You’re So Vain” had a number of roots, it was primarily about being jilted professionally, not romantically. The individual who was the most “so vain” turned out not to be an ex, but the fabulously wealthy, notoriously egocentric, and powerful producer David Geffen, who also happens to be gay, and who in Simon’s estimation chose to promote Joni Mitchell above her.

But the important thing for writers and would be writers about all this is not the gossip, and who it was about, but the process of how it got written.

So, follow closely. This process is the seven-step route all creative ventures travel, from embryonic idea to completion. It also makes clear something my late father first told me, and which I harp on with students all the time: nothing is wasted on the writer.

1. It always starts with noticing.

2. At some point, if a thing you’ve noticed strikes you, you write it down  (in this case, Mernits noticed, and Simon wrote it down).

3. The creative mind is a crow — it picks up shiny bits from miscellaneous places and puts them together according to its own mysterious logic. (In this case, the shiny bits were Mernit’s remark, the non-famous Ben, the whatever it was that was Beatty-ish, and the emotional wallop of Simon being deep aggrieved by Geffen.)

4. You can’t think your way into this logic; you only find it by noticing and actually writing, not knowing what, if anything, the result will be.

5. You can never predict the outcome. You might end up with a bunch of balled-up pieces of paper in the waste-basket. Your computer might crash, so you lose what you were working on. Or, you might end up with a song that is so big a hit people remember and wonder about the lyrics decades later, and the royalties are so fat you can retire on ’em.

6. It’s not enough to “want to be a writer.”Or to “want to write.” Or to even think about writing, or  about things you’d like to write one of these days. Or even to notice, because noticing is only a first step. It’s action. Taking the action of writing. Writers write. Even, especially, when they don’t know what they’re doing, or why, or how it comes out, or if it will be any good. “If you have to be sure,” as the poet John Berryman famously told his students,  meaning sure that what you write is good, “Don’t write.”

7. And,  you cannot write abstractly. Good writing is grounded in ideas (the pain of being jilted, letting go of illusions), but, and this is a huge but, as big as the world,  the ideas must be grounded in things. In the actual objects of this world.

Like the reflections of clouds, as seen in a cup of airline coffee.

This post is part of Crescent’s Nothing Is Wasted on the Writer series.

Crescent teaches writing. To get updates on when and where, subscribe here.  Some upcoming courses include Tuesdays with Crescent, a 10-week course beginning 9-10-19 (it can be attended online, or face to face in Fayetteville, Arkansas; it takes place every Tuesday night from 6:30 to 8:30).