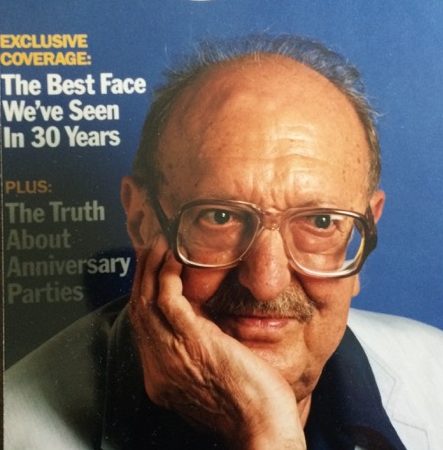 SOMETIMES YOU JUST DON’T KNOW HOW IT’S GOING TO COME OUT.
OR EVEN IF IT WILL.

BUT IF YOU HANG IN THERE ANYWAY, TRANSFORMATION IS POSSIBLE.

IN FACT, IT MIGHT BE ON ITS WAY TO YOU RIGHT NOW,

HERE’S WHAT MY EDGY, ALCOHOLIC, WRITER FATHER – WHO LATER SOBERED UP – TAUGHT ME ABOUT THIS.

About three years ago, a Facebook friend was struggling to stay on a 12-Step program. She mused on her page about the temptations of old habits, which numb but do not cure pain. Her uncertainty and fear concerning what lay ahead was so palpable I wrote a long response. For, though I am not a member of a 12-Step program and have never fallen down the hell-pit of addiction, my late father, the biographer Maurice Zolotow, did. And so I know something about it.

Though my Facebook friend’s struggles were on the face of it different from mine, there have been and always will be periodic tough times, for her, me, and everyone else (I was going through a spate of ’em at the time I wrote her).

Because that is the nature of life. And no individual life is ever unalloyed ease.

This being so, I try to receive and pass on wisdom wherever I can. Slightly revised, here is what I wrote my Facebook friend.

IN SERVICE OF A FUTURE SELF

Sometimes a person just has to hang out with anxiety, discomfort, fear, uncertainty and not knowing how it’s going to come out. All of that, for a while.

Sometimes a person has to do this in service of their future self. A self that is not yet known and has yet to be revealed, the process of which cannot be hurried.

My late father joined Alcoholics Anonymous at age 57 (I was 16 at the time). The extraordinary journey that he took in sobriety for the last 20 years of his life altered not only his life but mine, and (as his years of sobriety mounted) the lives of countless others, in and out of AA.

Many things took place in those 20 years that would’ve been inconceivable to him in those first tough years after he quit drinking, let alone earlier.

Not the least of which was how he changed – he became for the first time comfortable in his own skin. From being an edgy, tense, driven, unhappy person, he grew into a human being who radiated love, who maintained his absolute quirky individuality, yet was responsible, kind, and able to keep his word to others and to himself.

Who, in AA language, had a spiritual awakening.

And he never went back to sleep. And he remained a writer throughout.

I’m glad that there are things in place to help those people who become alcoholics, like AA sessions or even schemes similar to the Ascension House – Structured Sober Living for those people who need extra support. I just hope more and more people can follow in my father’s footsteps and break out of alcoholism.

If a person lives life without numbing agents like booze, or pot, or prescription drugs used not to assist healing (as they were presumably prescribed for), but to run away from healing… or for that matter without numbing behaviors like compulsive spending or denial of life’s difficulties, those inherent life-difficulties are evident and felt.

And sometimes how they feel is unbearable.

For that’s life itself. Life on its own terms. Terms which include loss, betrayal, setbacks, cruelty, much that is deeply unfair.

It’s tough to be brave enough to look at this clear-eyed. Which is why so many people numb out, whether through drugs (or practices, or beliefs) which anesthetize us to life.

And these too can only be experienced fully when clear-eyed. When one is not putting a Band-Aid over life in both its manifestations.

There are periods when the old life is gone and the new life is not yet revealed.

I am in such a phase myself at present, though drugs are not involved; rather three large losses (two deaths, one catastrophic damage to my house, all within the last six months). Every day I make a choice to stay here – here meaning my partially ruined house, and here meaning in life – I am making a choice: to be comfortable as I can be in and with the discomfort of not yet knowing.

I can do this for a number of reasons, the largest one probably being that I have lived through periods similar to this before. And I know that each period of “knowing “, after the unknowing, has been better and even more fulfilling than the previous time around.

Yet I also know that each phase of knowing, and ease, is provisional. Ours just for a while.

You, like all of us, always have a choice. We make that choice incrementally a thousand times a day, every day of our lives.

Since you asked for advice and encouragement, here’s mine: choose, daily, for and on behalf of the best and highest in yourself. Choose for what and who you aspire to be. Choose what will serve the the you that you are growing towards, however uncertainly, not the you you were or even are, but the future you.

And only you can discern whether choices come from that, or from the old patterns which do not serve you but are still seductive. 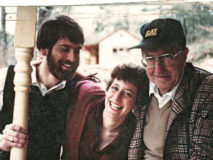 Sometimes figuring this out is excruciating.

But I believe it is always worth doing, and the ultimately not doing it is even more excruciating. And though the process is individual (how we grieve and heal, and what we are healing from, is inherently individual), at the same time I believe you share this struggle with the entire portion of the human race which is struggling to awaken, and stay awake. (Not everyone is, as we know from the many who don’t make it, and don’t want to).

Over and over, it comes down to this: do we run away from, or move closer to, the beating heart of life lived in its own terms, with our full participation?

I watched Maurice do this. And his doing it helped me to make the same effort, over and over. His life was not merely saved but transformed, late in the game, by his joining that 12-Step program. And “working it”, as they say in AA.

Through his transformation, I came to believe strongly in the power and possibility of personal transformation. And this, in itself, transformed my life. As a writer, and as a teacher. In relationships. In walking through the tough terrain of grief, especially widowhood. Even when I didn’t feel it, I believed it: that those experiences, and I myself, might someday be transformed.

I consider Maurice’s transformation, and my witnessing it at a young age, one of the prime movers of the almost irrational hope I carry, for others and for myself, and even for the world: that volitional change of the most fundamental kind is possible.

The resilience this has given me still shocks me. I saw him begin again, and have come to view “begin again” as among the two most sacred words in the language. I saw him rewrite his story and its outcome. He did this late in life, and it continues to affect me to this day (and he died in 1991).

I keep rewriting my own story, literally and metaphorically, in part because of him.

As I say, Maurice was a writer. But he was also the protagonist of his own life, and one of the main supporting characters in the life of his daughter.

And it was Maurice who told me, time and again, “Nothing is wasted on the writer.”

It’s no secret that alcohol addiction can have devastating consequences. If you want to take control of your alcoholism, then head to www.alcoholismtreatment.com for further information and support.

This blog post is part of Crescent’s Nothing is Wasted on the Writer series. It is an edited, slightly expanded version of a post that originally appeared in Facebook.

The black and white one, photographer unknown, was taken circa 1939, when he was a young brilliant neurotic alcoholic writer.

The second, at the top, is in old age, at peace with himself, a person beloved by many, and still a writer. LA Magazine did not actually put him on the cover. He wrote for the magazine regularly, and when he was about to retire and move to Eureka Springs, Arkansas, to live with Crescent and her husband, Ned, the magazine threw him a retirement party and did this mock-up. Which in those pre-PhotoShop days, was a big deal. (He died in 1991, at 77 years of age. Here is his New York Times obituary.)

The change in his eyes between these two pictures is striking.

The third picture, another one from Maurice’s later life, shows him with Crescent, and his son-in-law, her late husband, Ned Shank, on Dragonwagon-Shank’s porch in Eureka Springs. It was taken in about 1985 by George West.