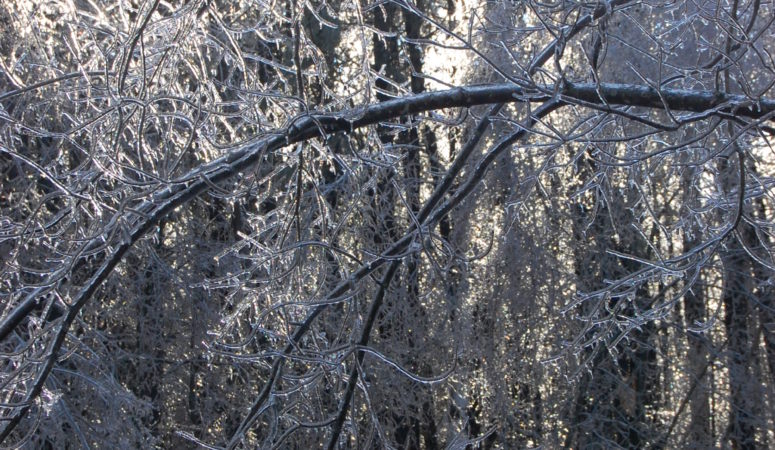 Grief, in the early stages; grief, after the first layer of shock has worn off: so excruciatingly painful is it, and so discontinuous with the reality we knew before death took the person we most loved in the world, that we do not want to feel it.

And, as we struggle against it— for who would willingly accept such pain? — we often inadvertently worsen its agony with small lashes of self-criticism, which are incidentally untruthful.

Because we would do anything not to feel what we feel, we say to ourselves: I should be over this by now.

Because we are understandably unwilling to accept an outcome that is non-negotiable, we say to ourselves: If only I had...

Because we are at present bereft, asunder to the fiber of our being, we say to ourselves: My life is over.

Because we cannot manage to do things that were once simple, we say: This is insane.

Though in some ways it makes us feel worse, self-criticism, in a sense, tries to restores to us a measure of being in charge which we do not possess.

But none of these are true

I should be over this binds us to the idea of a predictable timetable. Better to believe that such a timetable exists, even if we are failing miserably because we are behind schedule, than to accept that grief may have no schedule at all; may never end.

If only I had… gives us the illusion of control, even if we  failed to use it:  if we had said or done something differently, we could have cheated death of its spoils, and saved our dear one, or made his or her departure easier, less painful.  Better our failure, than to accept that there are forces too vast and mysterious for anyone, least of all us, to control.

My life is over binds us the illusion that a future without our dear one not only can exist, but does, and, too horrifying to imagine at this phase, that it might even contain some measure of happiness. Better to believe in a known, certain future of deep sorrow without him or her (because that way, in a sense, one still “has” the beloved) then to accept that our futures, and what they hold, are uncertain, unknowable, unpredictable.

This is insane binds us to illusion that what we are feeling is abnormal, pathological. Far, far better to believe this than to accept that so much pain and disorientation, so radical a break with life and reality as we understood them, is normal. That it has a name: grief. That it must simply be endured. That other human beings have endured it; are enduring it. That grief, though it seems to breaks us, and perhaps does, is part of being human.

“The void deserves its own time and space.”

We’ve talked, in previous posts about others’ unwillingness to understand, accept, or get close to the abyss that is, for many of us, grief in its earlier stages. We’ve talked about the tactless, clueless, well-intended things that are sometimes said to us (such as ” You were lucky to have him.“).

But the truth is we are also unwilling to feel what we feel. Understandably.

And the other truth is, the only way through grief to its other side is by feeling it. Feeling it even as we have no belief that there is another side. Yet who would willingly sign up for hanging out in deep pain for an indefinite period of time, with no guaranteed outcome?

None of us. This is, after all, the club no one wants to join.

But if you are a member of this club, you must. Therapists and hospice counselors sometimes refer to “grief work.” It is work: work to say yes to life as it is, and not attempt to gloss it over or numb oneself to the pain inherent in this yes. For to say yes to life and love (including the love we had with our now-absent one), also means saying yes to what we feel when they are lost to death. Yes to the particular death of the person we loved and walked through time with for awhile.

And grief has its work to do with us, too.

But it can only do that work when we let ourselves feel it.

What its work is will not be apparent until way down the road, and part of the process, I think, is that period in grief of just not knowing. Not knowing what its “gift” may be or even if there is one; not knowing when the agony will be over; not running away away from its agony, and from all that not-knowing.

Not knowing, and feeling such pain day in and day out,  in the face of our society’s relentless “positive thinking” trivialization and denial, the pressure towards non-stop good cheer, others discomfort with the gravity of what has befallen us, and their unstated wish that we’d hurry up and get over it.

But something as large as grief is worthy of respect. It is there for a reason. It has purpose. And its purpose can only be known when we feel it, for as long as it takes, even though feeling it for even an hour feels unbearable.

The Jungian / Buddhist therapist David Richo speaks of resisting the temptation to make “… cheering remarks when a friend is in anguish or despair over something that has happened. The tried and true platitudes of hope and promise interrupt what is happening in the moment for this desperate person.

“Sometimes all someone can feel is despair. In the dark night of the soul, we lose track of wisdom with all its reassuring words about how things will get better, there is always a brighter side, death leads to resurrection. (These truths) are not always available to (our conscious selves) when we are in the depths of despair. The void deserves its own time and space. ”

We must, he continues, “… honor what is personally true in this moment, not what is universally true for all time… (S)tay steadfastly in the here-and-now. Hope is a clarion that can only be sounded, or hearkened to, when the time is right.”

In the deep isolation that is grief, you are never closer to the beating heart of all mortals, loved and lost. To the heart of humanity. Everyone who has ever dared to love enough, and thus to grieve, was in this club. And yet, you feel as solitary, at times, as if you yourself were tumbleweed, bouncing and rolling down a windy, deserted night highway, blowing with the sand, rootlessly alone.

This is not easy to live through. I wish you courage. Feel what you feel, with honor.

Image, by David Koff, 2008: ice storm in Vermont. I chose this because… spring inheres in all that is frozen.

In the next month or so, I will be offering a live group call to open up the conversation further. Here is my invitation. If you would be interested in being part of a community where you can grieve out loud, please let me know in the comments.