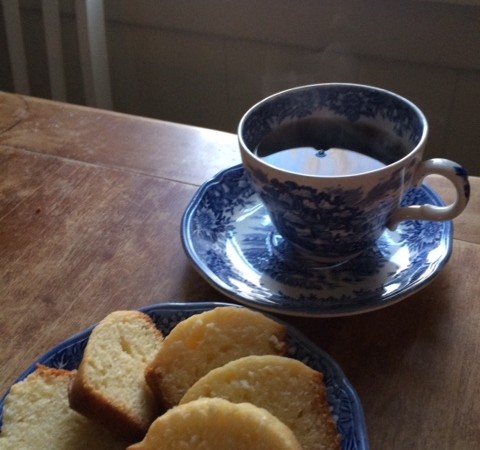 This is one of four posts on poundcakes; which is to say, on life. And death. And stories.

In June 2012, I went to a memorial for Maurice Sendak, the legendary children’s book writer-illustrator. He’d died the month before, at 84.

Among his countless accomplishments, Maurice  illustrated one of the  books my mother, Charlotte Zolotow, wrote. His pictures for her Mr. Rabbit and the Lovely Present are luminous, tender, impressionistic, a perfect fit for Charlotte’s otherworldly text, equally tender and luminous.

That same June, Charlotte, still alive,  celebrated her next-to-last birthday, her 97th,  with family and friends,  on the front porch of the house she’d lived in for over fifty years. Though nowhere close to Sendak’s level of celebrity, she too was renowned:  a prolific, much-loved writer and editor of children’s books.

Taking the train from the Hudson river town in which my mother lived to attend Sendak’s memorial in New York, I was uncomfortably aware that the next children’s literature state occasion memorial would likely be my mother’s, and that it would fall to me to plan it. I felt I should observe the Sendak proceedings closely on this count, even as I celebrated with other mourners and admirers his achievements and humanity.

So I sat in the auditorium at the Metropolitan Museum of Art, fretting, thinking, grieving, celebrating, observing. I’ll save for another post my conclusions about the man, the event itself, and how both shaped the choices I made for Charlotte’s service, almost 2 years later.

But now, I’d like to tell you about my personal Maurice Sendak, and how I came to bake him a poundcake. 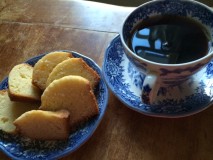 Though we’d met cordially and casually at big children’s book conferences, our most meaningful interaction was this: I wanted to quote his 1970 In the Night Kitchen in the first Dairy Hollow House Cookbook,  written in 1982. Sendak was less famous then than he would become. Still, I suspected I couldn’t afford whatever the HarperCollins permissions department was likely to charge. So, with the blitheness of youth,  I bypassed them, contacting Sendak directly.

I sent him a letter. Typed. On an IBM Selectric. Put in an envelope. Eureka Springs, Arkansas, to Ridgefield, Connecticut.

What I proposed to Maurice was that, in return for permission, I would send him one homemade poundcake, plus a copy of the book when it came out. Maurice sent his permission back immediately. I duly overnighted him one of the poundcakes.

Here’s where the story gets good. Within a week of his receipt of the poundcake, I got a second letter.

“Dear Crescent,” he wrote —the letter itself is now in the University of Arkansas archives, but I’m pretty sure I’m quoting it accurately—- “ If you ever wish to quote anything of mine, anywhere, at any time, you may do so, for another one of those poundcakes.”

Every good recipe accumulates stories.  That’s true of  this poundcake, a favorite of another Maurice — Maurice Zolotow, my late father (Charlotte’s ex), who insisted on calling it “spongecake.” Arriving in my Arkansas home, having flown in from Los Angeles, his first move was always to scan the kitchen, asking hopefully, “Cres? Do you have any of that spongecake?”

I always did. Even at his funeral. But that’s another story.

Now , today, it’s time for this story only. That’ll make the actual recipe for the poundcake, coming later this week, even better. 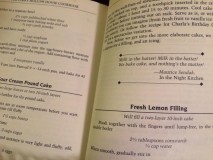