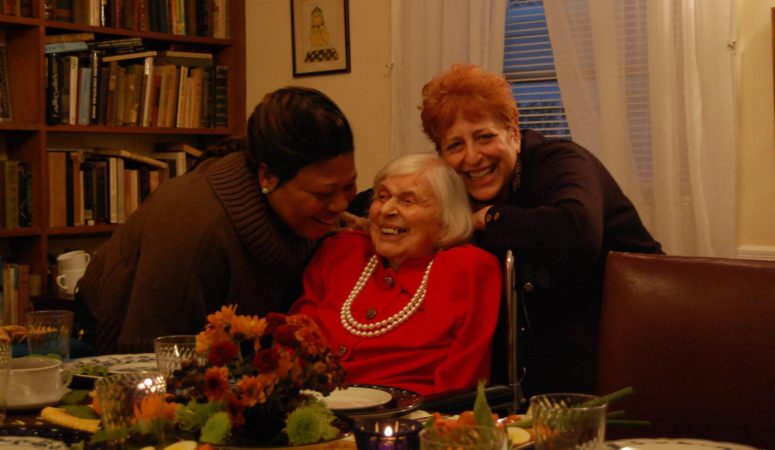 WE CAN NO LONGER HAVE WHAT WE HAD.

SOMETIMES THE BEST WAY TO REORIENT IS TO QUIT RESISTING DISORIENTATION.

MAYBE EVEN EMBRACE IT.

Thanksgiving, it turns out, is a great day on which to travel.

The Thanksgiving after I was widowed for the second time, I spent much of Thanksgiving literally in the air. And that — strangely, strangely — felt just right to me that year.

UP IN THE AIR

Because, I was in the air. My assumed life had ended for the second time nine months earlier. I was, improbably, in a new relationship, which felt situationally impossible, passionate, and unlikely to last. I wasn’t sure if I should remain in the home I lived in, or put it on the market. I had even got as far as considering moving to Connecticut after taking a look at these William Pitt homes for sale but I don’t want to make any quick decisions. We’ll have to see what the future brings. While I knew I would always write, and teach writing, the modes in which I had done that were also in the process of being completely upended by technology and the advent of the Internet.

Travel on Thanksgiving, Christmas, New Years Eve Day, and the weekend of the Superbowl, and you will discover that the airports and flights and trains and terminals are spacious and uncrowded, the tickets cheaper and easily available. Too, there’s a kind of camaraderie with everyone who is out and about on those specially designated days, as if everyone were collectively sympathetic: “You have to travel or work on Thanksgiving too?” Your fellow passengers and those who serve them all seem exceptionally kind.

LOOKING FORWARD AND BACK, BACK AND FORWARD

That Thanksgiving in which I broke precedence utterly by traveling, I had traveled with a vegetarian mock turkey wrap sandwich I’d made for myself back in Arkansas, a nod to the day. But by the time I reached Charlotte, where I had a several hour layover before continuing to New York, I remember buying a frozen yogurt cone in the almost-but-not-quite deserted airport. I remember sitting in one of the rockers they have in that particular airport, quietly licking that white, utterly un-Thanksgiving-like cone, and just… hanging out with, being with, my up-in-the-airness. (I was able to do this in part because, having been widowed once before, this was not, as they say, my first rodeo). I was neither happy nor in deep grief that day, just thoughtful with a tinge of sad.

Part of this was remembering Thanksgivings I had had. For part of the strangeness was that I am a celebratory and excellent cook, and used to consider Thanksgiving not just my favorite holiday, but my holiday, period. Decades of my life’s Thanksgivings were spent in preparing and serving (joyfully, but also, often, exhaustedly) elaborate and wondrous feasts for my beloved husband, Ned (and later, after his death, my second partner, with whom I lived for eight years), friends, family, and for six years, about fifty guests a year at the inn and restaurant I once owned. I did Thanksgivings at home. I participated in community-wide Thanksgiving potlucks in the town where I once lived. I did a couple where I hiked in with friends through the Ozark National Forest to their wholly offgrid cabin, where I prepared the feast out of what was in everyone’s backpacks, cooking over a wood-stove, and in a dutch oven suspended by chains over the fire in the fireplace. I did three or four at my later-life home in Vermont.

Licking my cone, I thought of these: thought, mostly, of those I had broken bread with, in some cases discussed what we were grateful for. My friends Starr and George, with whom I had had more Thanksgivings than with anyone else — Thanksgivings both with my husband and my later partner — were especially with me in thought, but I also considered the Thanksgivings of my childhood (both my parents gone now, my mother a year earlier). I thought of the year when I was cooking in the restaurant when Thanksgiving and my birthday had fallen on the same day, and how hard I had worked, but as ever what good food I had put out and how happy were the inn’s guest, and the journeyman’s satisfaction and pleasure at a job well done I felt.

I thought of a couple of years when, between all this, some years after Ned died, rather than do the elaborate dinners I always do (which besides being a lot of work, are such extraordinary all-at-once calorie bombs) I would make one or two of my favorite Thanksgiving dishes a day, over the course of a week or two. Sweet potatoes with Grand Marnier and brown sugar in orange halves one night, for instance, and the next, a salad I used to do at the inn for Thanksgiving: super-fresh mesclun greens with red onion, sliced roasted beet, tiny dice of apple, Maytag blue cheese, and a sweet sesame-raisin vinaigrette. And so on through the meal.

And I licked my cone, and wondered what the future would bring.

NEW TRADITIONS MAY COME, BUT THEY WILL NOT BE RUSHED

The following year, I made a half-hearted attempt to get my favorite Arkansas people up to Vermont for Thanksgiving, but it didn’t work out. So, I went down to New York, and went out for dinner with my boyfriend, the gentleman I refer to sometimes as Alpha Dude. For that relationship, about which I had been so uncertain at the time of the Charlotte airport — uncertain not of its quality, but of its ability to last, given the situational challenges — had indeed lasted; flourished, in fact.

I thought, okay then, let’s do something really different! And so, he treated me to an elaborate multi-course prix fixe dinner at a fancy nouveau Indian restaurant we liked. It was delicious, and we had an enjoyable time, but I thought, enh — this is too different a Thanksgiving for me.

This year I will again be traveling, this time on the train, back up from New York to Vermont, with Alpha Dude. I am making a slightly Thanksgiving-y picnic for us to eat on the train, because our plans have changed and I don’t have much food in my home kitchen, and of course, have not done any prep. We discussed eating at one of the area’s inns, but because we were late in making up our minds, there were no reservations available. So I will probably do a slightly lower-key version of a dragon-style Thanksgiving dinner on Friday, unless one of the inns (we are on several waiting lists) turns out to have a place for us that evening after we get off the train.

And so, you see, some of the things I hung out with not knowing did jell. Took shape and form and meaning. While some remain unclear.

Rilke probably said it best: “Be patient towards all that is unknown in your heart, and learn to love the questions themselves.”

But even what I do know — the big thing being that I know I love and am loved again, in a dimensional and passionate a manner I thought dead to me when Ned died — I don’t know. For widowhood teaches you the essential uncertainty of the terms of life. That is what the great gift of moments like mine in the Charlotte airport give: the acceptance of life and its inherent up-in-the-airness.

The knowledge that a broken heart can also be an open heart.

I say all this, my dear fellow-widows, to give you some idea of what this journey looks like, years down the road. To encourage you to just let it be, whatever your it is -this year — agonized grief, an abstracted removal from feelings, time spent alone or with others, hungry or without appetite. The fact is, for some time after the person we love exits the earth, and is no longer present at our table except through his or her absence, we are all very much consciously up in the air.

And I also believe, having traveled this path of life after unbearable loss which is somehow borne, that whatever we feel or do at a certain time, especially in the throes of the early years is, however it feels, part of this journey, and neccesary. Even if we are at home, at a table with those we love who are still living, every widow is a traveler.

As is every non-widow — just, perhaps, he or she does not yet know it.

Here are some previous posts that may be helpful to you at this time of year:

When everyone is telling you to be grateful and thankful and you don’t feel either, at all: “You Were Lucky to Have Him: An Uncomfortable Post. “

When you still miss him/her like crazy but are beginning to be able to remember him/her with joy at least sometimes, without inevitably rolling and tumbling in grief-waves: “You Were Lucky to Have Him: A Gentler Post.”

When you are trying to decide what holidays invitations and choices to say yes or no to: Tidings of Discomfort.

When the very idea of cooking or eating makes you heart sink or you dissolve into tears: Table for One.

This post is part of Crescent’s Widowhood Wednesday series. It is part of five exploring the November-December holidays.

The image at the top of this post is from 2011, the last time she had what conceivably could be called a family Thanksgiving. Six years after the death of her husband, this was the last Thanksgiving at which her mother, Charlotte (who died in 2013) could actually participate. The photograph was taken by her then-partner, the late David R. Koff, who took his own life in 2014. Corine, one of Charlotte’s much loved caregivers, stand on one side of Charlotte, and Crescent, on the other.