Once upon a time, Crescent Dragonwagon signed a contract for what was intended to be a nice, lightweight, fun little single subject cookbook: on cornbread. 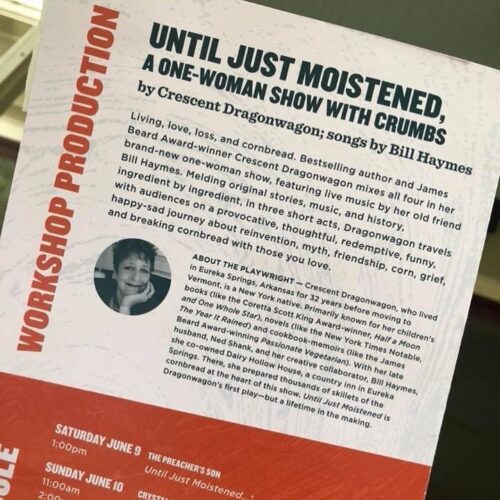 But instead of coming home, he and a Chevy pick-up collided. And he bicycled into eternity.

A year later, Crescent — still reeling and in grief at the abrupt loss of her beloved husband (they’d been together 23 years) and business partner (the two owned an inn, Dairy Hollow House) and co-working idealists (they co-founded the non-profit Writers’ Colony at Dairy Hollow) — was supposed to start writing that nice, lightweight little book about cornbread. 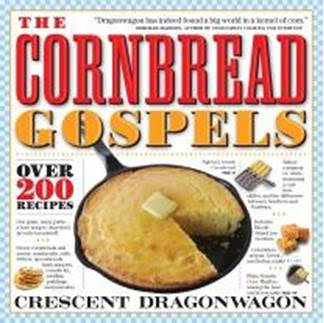 How could she, under the circumstances?

How, while grappling with mortality and absolutely changed life-circumstances?

With a lot of tears, therapy, major help of friends, and time.

And, in large part,  through a deeper understanding of corn’s complex history itself — which embraces Native American agriculture, food technology, and mythology; as well as  colonialism, ecology pellagra.

Dragonwagon wrote her book — and more.

Corn, and cornbread’s, tragedy, victory, and contradiction — and how this intersected her own life – became the material from which UNTIL JUST MOISTENED was written.

Selected for TheatreSquared’s annual 2018 New Play Festival as the featured Workshop production, UNTIL JUST MOISTENED was performed three times (twice in Fayetteville, once in Bentonville), for audiences totaling more than a thousand. 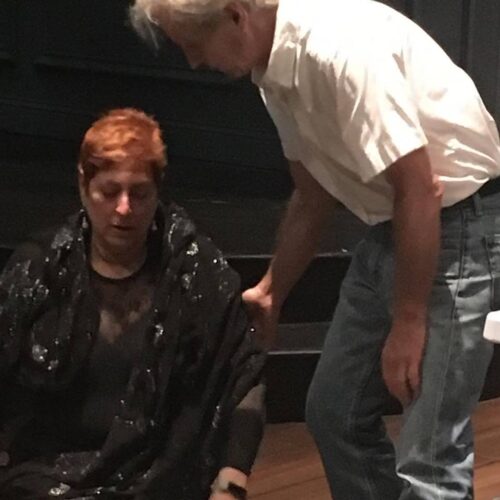 The show featured Crescent, and her friend the musician Bill Haymes, directed by Shana Gold with Bob Ford as dramaturge and stage management by Shannon T. Jones.

Working with the tech staff, CD integrated slides and video into the written and performed and musical pieces.

UJM also included 7 original songs, six written and performed by Bill Haymes, and one by Crescent (with Haymes doing back-up).

Crescent later received an Artist 360 grant to develop UJM for a traveling show.

Here is a write-up about the show, from the Arkansas Democrat-Gazette.

She and Haymes hope to reinvigorate the production, with its lively music, heartbreaking turns (in an especially heartbreaking era), humor, and resiliency…  once we reach a safe, post-pandemic world.

To bring “Until Just Moistened” to a performance theatre near you, please contact Sweetie Berry at
creative@dragonwagon.com for more information. 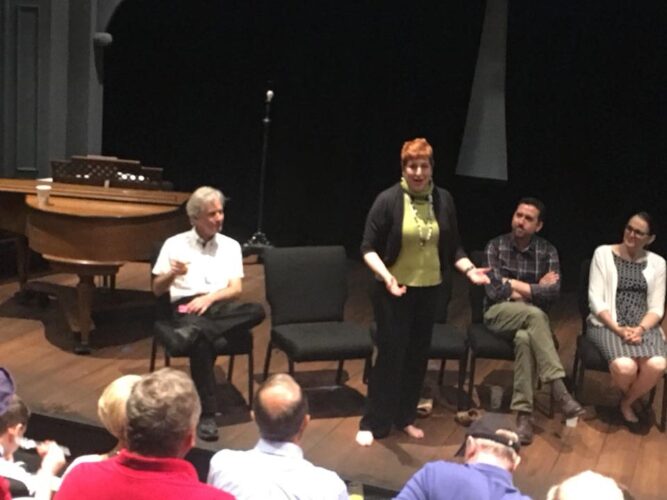 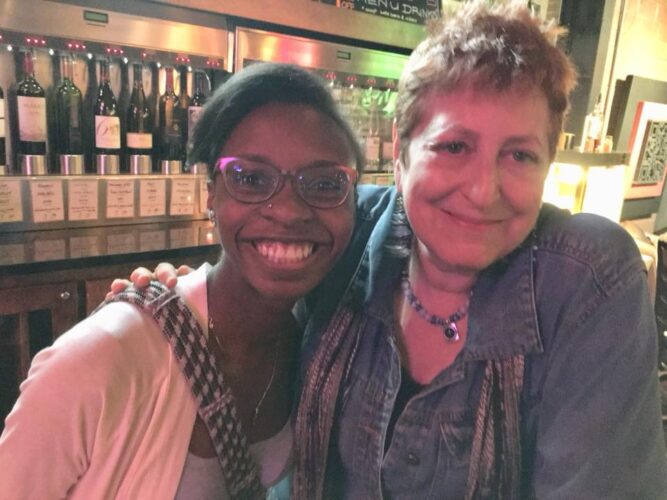